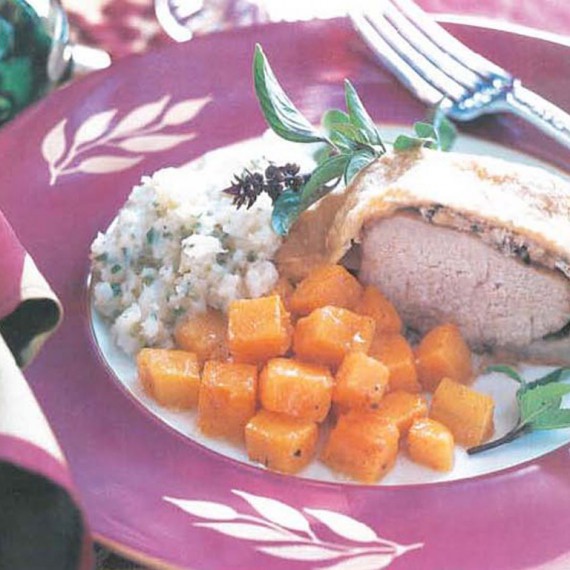 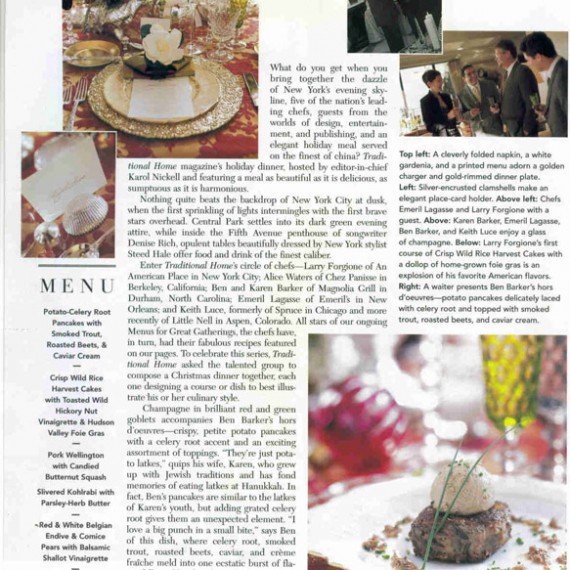 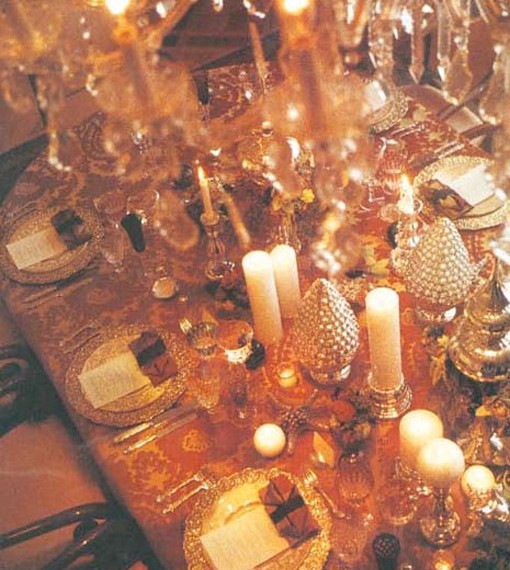 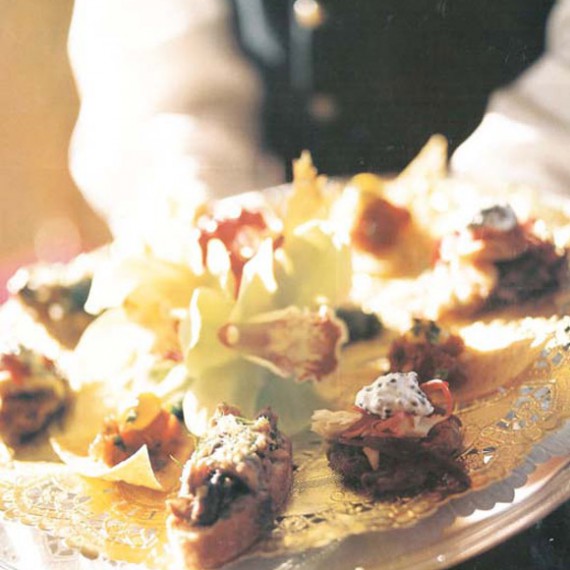 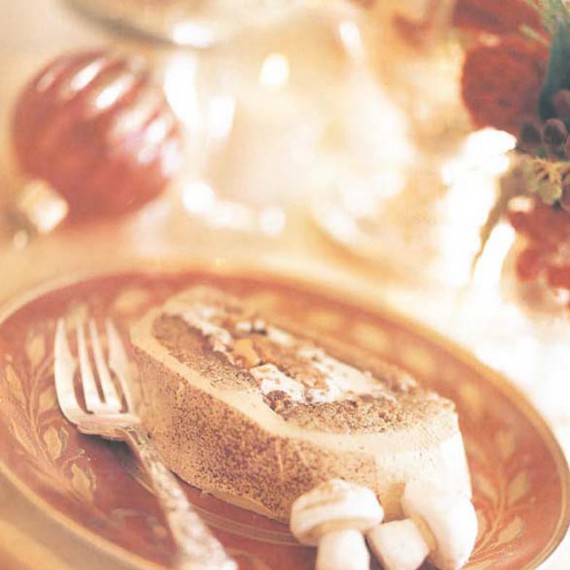 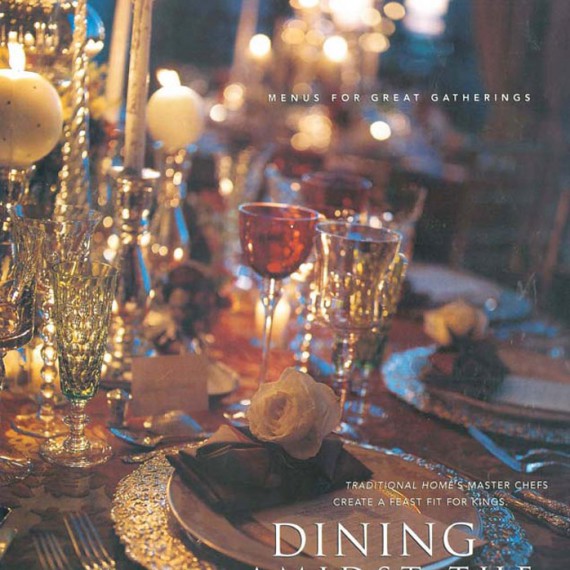 This was done in the apartment and home in Denise Rich in New York City. It was done as an entertaining story for Traditional HomeÂ MagazineÂ in conjunction with chefs, Emeril Lagase, AlexÂ Waters, Keith Luce and Larry Forgione.

The setting and tablescape were designed for the wow factor to impress CEO and presidents of major corporations that we were entertaining for Traditional HomeÂ MagazineÂ and shot as an editorial and was also theÂ debut that Star Jones had written. It attendence were Meredith vVera, Barbara Wlater, Star Jones, Debbie Matenopoulos. Also in attendance Little Kim and Natalie Cole.